This process involved bolting on a hydrostress drill rig to the concrete required drilling a 400mm hole.  Due to the location of the hole required, the drill rig was mounted on an angle as can be seen in the above images.

Ralph works for Sharp Concrete Cutters and Drillers.  He is a professional concrete driller and has specialised training in order to determine how the hole ought to be drilled, and what equipment was required to do the job.

Ralph is using a Weka SR38 drill motor as well as a 400mm core drill from Holer Diamond Tools.

See other examples of concrete drilling:

Drilling Through a Finished Wall

Any hole, from 12mm to 500mm diameter, can be achieved to make openings for plumbing, electrical, telecommunications

Stitch drilling is a process where we drill a series of overlapping holes in order to make openings.

With Auckland’s ever increasing infrastructure demands, service access is something that’s often needed after the fact.  Man hole covers are a prime example of this kind of aftermarket demand.

See below for an example of how Sharp Concrete Cutters and Drillers core drilling service can be applied to Auckland’s ever increasing infrastructure demand.

Any hole, from 12mm to 500mm diameter, can be achieved to make openings for plumbing, electrical, telecommunications.

Stitch drilling is a process where we drill a series of overlapping holes in order to make openings.

Sharp Concrete Cutters and Drillers Ltd was engaged by Hawkins to drill holes to facilitate the installation of bollards and LED lighting that is mentioned as a feature of the new Nelson Street Cycleway. 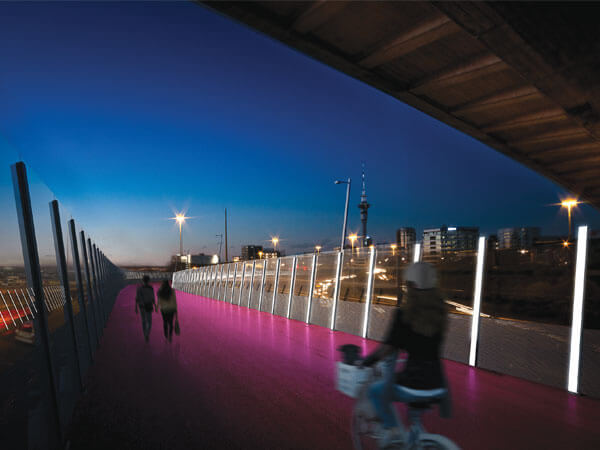 Designs unveiled for new landmark attraction in
the city centre.

Interactive lights, Maori carvings and a vibrant magenta surface are set to turn the old Nelson Street motorway off-ramp into a must-see Auckland attraction for people to walk and cycle across when it opens later this year.

The off-ramp is being transformed into a shared path as part of the Nelson Street Cycleway, one of a network of cycleways being delivered in partnership by the NZ Transport Agency (NZTA), Auckland Council and Auckland Transport.

It will connect to Upper Queen Street by a new bridge off Canada Street – the last piece of which was lifted into place in mid-October – and will continue to Nelson Street where a separated cycleway is being built.

The design was developed following an online survey in June when Aucklanders called for it to be ‘modern’ and ‘distinctly New Zealand’. It includes LED lights lining the safety barriers that can interact and pulse as people pass them, as well as a strong magenta surface colour that will fade out at the northern end in a Maori design.

Political urban design champion councilor Chris Darby says: “This project shines a light on walking and cycling and offers an inspiring new way through a previously impenetrable spaghetti junction. It offers a seamless walk-across-the-rooftops connection into the city centre, with sweeping views of the city and harbour. The innovative design catches the eye and captures the imagination, heralding the future of transport across Auckland.”

The concept has been created by Monk Mackenzie architects and LandLAB, in association with artist Katz Maihi. Maori patterns and narrative form a core part of the designs, following discussions with iwi.

The path includes etched carvings at intervals along the length, with a 6 m pou at the entrance. The colour represents the heartwood of a freshly cut totara, with the red and pink shades strengthened to contrast with the surrounding motorway lanes.

Brett Gliddon, the NZTA’s Auckland and Northland highway manager, says: “It’s great to see the beginning of our urban cycling future here in Auckland with a wonderful facility like this. It’s helping to make cycling a safer and more attractive transport choice as well as leading the way in world-class cycling infrastructure.”

The off-ramp was closed a decade ago, and transforming it – as highlighted in the council’s city centre masterplan – has received strong support. Barbara Cuthbert, Cycle Action Auckland chair, says: “This cycleway will be the highlight of all the new projects we’ve seen in the city so far. It’ll be a beacon attracting people to walk, cycle and delight in the views – a new landmark for Auckland.”

This video demonstrates how the lights can pulse and interact – via youtube.

Holes were required for the insertion of bollards in Wynyard Quarter.

Bollards are one feature of an approach to design known as streetscaping.

Our operator was required to drill through pavement, base course, and concrete to a depth of 320mm. 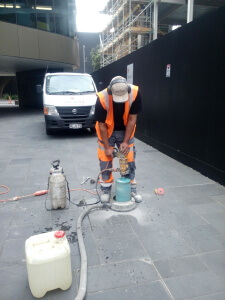 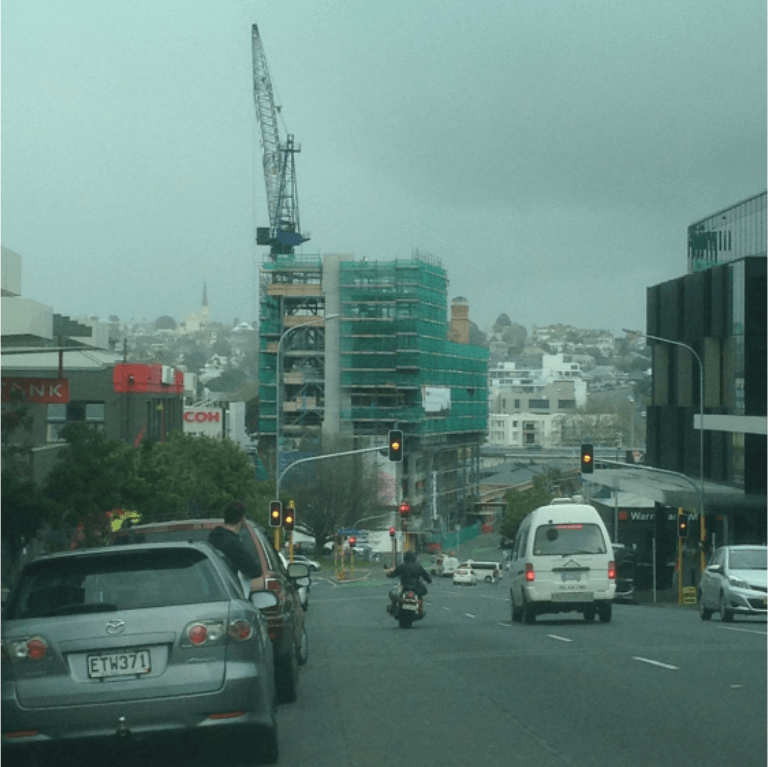 Expansion cutting is required for newly laid slabs, driveways, and other concrete structures.

For an even artier finish, Sharp Concrete Cutters and Drillers provide a decorative cutting service. 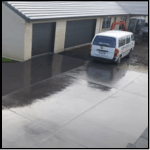 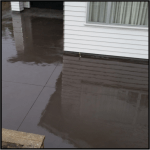 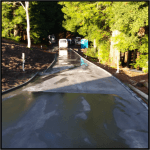 Sharp Concrete Cutters and Drillers provides a bar sawing service using a ICS 880F4 Bar Saw.  As pictured below this is a “great saw with a bad attitude”.

It operates on a hydraulic power system and so is suitable for indoor and outdoor applications.

The 880F4 cutting system offers the superior strength of FORCE4™ technology in a package that meets industry standards of design and ergonomics. Built for the hardcore cutter, this sleek powerhouse is packed with features designed to make it the hardest working saw ICS® has ever made.

Six of our Concrete Cutting and Drilling Technicians worked together today on one job site. This is a rare occurrence as most of the jobs are spread across the city in any given day.

The sound of six petrol powered hand saws running simultaneously was a thing of symphonic beauty.  This could only be achieved because our crew is big enough to handle the big jobs and yet small enough to do the best job every time.

This work was carried out for Federal Group at Station Road in Onehunga. 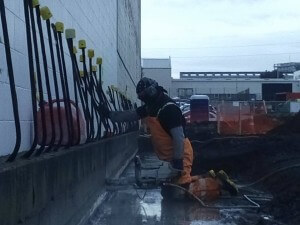 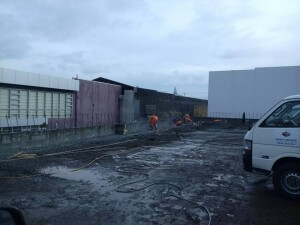 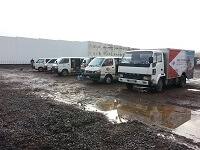 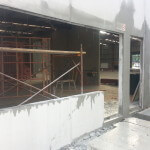 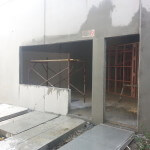 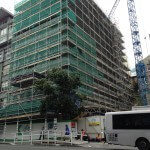 The project involved adding 5 stories to the existing 4 to create a new downtown apartment complex.